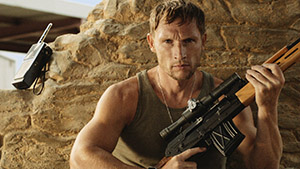 During my studies at the Film Academy I produced the commercial for a fictitious product called "Sneeze Freeze" together with Johannes Knott. The commercial was directed by Gabriel Borgetto. The film was shot with two ARRI Alexa cameras in a disused American barracks near Schwetzingen. Here we found a gas station which looked abandoned and which we could redesign according to our wishes.

In the years since its completion, the film has been shown at various film festivals in Germany and abroad. Among others, the film won the silver medal at the Young Directors Award in Cannes and the bronze medal at the Art Directors Club. At Vimeo, the clip has over 66,000 clicks.